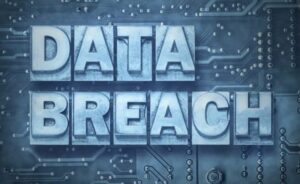 Yuma Regional Medical Center (YRMC), an Arizona based healthcare provider, faces a class action over an April 2022 data breach that compromised the personal and health information of 737,448 current and former patients.

The lawsuit alleges that YRMC failed to meet data security standards set by the Health Insurance Portability and Accountability Act (HIPAA) and other state and federal statutes. As a result cyber criminals were able to infiltrate its system between April 21 and 25, 2022.

According to the lawsuit, YRMC should have known its patients PII/PHI was a target for malicious actors – especially in light of numerous recent data breaches across the country targeting such information within its industry. Despite this knowledge, YRMC failed to implement and maintain the prescribed standard of protection.

Yuma Regional Medical Center began notifying victims of the data breach by way of a mailed notice dated June 9, 2022. The notice requests that patients who believe they might be affected but have not received a letter by July 10, 2022 to contact them.

To avoid a future data breach, YRMC belatedly announced it would strengthen its data security but fell short of saying it would comply with industry standards.

YRMC also announced it will offer free credit monitoring to affected individuals, but did not elaborate on how long it would provide this service. This is particularly concerning given stolen PII/PHI often lays dormant for a period after the theft only to emerge in later years.

YRMCs' failure to comply with industry standard data security enabled hackers to steal personal information of over 730 thousand patients, Find Out If You Have A Case