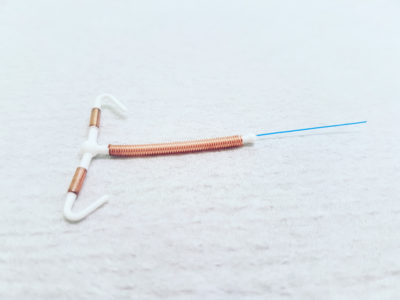 A growing number of women have suffered serious complications when a ParaGard intrauterine device (IUD) fractured or broke during removal, leaving small fragments in their body, which may migrate and cause damage to other organs.

STATUS OF PARAGARD IUD LAWSUITS: Lawyers are investigating Paragard Copper IUD Lawsuits for women nationwide who suffered an injury due to a fracture or inability to remove the the device, often resulting in the need for a hysterectomy or other invasive surgical procedure.

OVERVIEW: The ParaGard IUD is a form of long-acting birth control, involving a small T-shaped device surrounded by copper wires, which is inserted into the uterus. This is intended to cause an inflammatory reaction that disrupt both sperm and eggs, preventing pregnancy for up to 10 years.

The product has been sold since 1988 by several different companies. Teva Pharmaceuticals acquired the Paragard IUD in 2008, when the company purchased Barr Pharmaceuticals. It was then sold to Cooper Companies in September 2017, for $1.1 billion and generates sales of about $170 million a year.

PARAGARD FRACTURE RISKS: A growing number of product liability lawsuits are now being filed over side effects of the ParaGard IUD, alleging that the device has a propensity to fracture during removal, causing jagged shards and fragments to begin migrating through their bodies, where they could puncture organs and cause other serious and potentially life-threatening injuries.

Often, these breaks and migrations occur when healthcare professionals attempt to remove the device at the end of its lifespan, or at the patients’ request, even when they follow the manufacturers’ directions on how to safely remove the copper IUD.

FDA records indicate the agency has received more than 1,600 reports of ParaGard IUD fracturing events, including more than 700 which resulted in serious complications.

Some Paragard IUD lawsuits indicate that the manufacturers failed to adequately report known removal complications, failed to test the devices properly and withheld critical safety warnings for women and the medical community.

FIND OUT IF YOU MAY QUALIFY FOR A PARAGARD LAWSUIT: As a result of the medical device manufacturers’ failure to adequately ensure the safety of their product or warn about the potential risk of complications, fractures and migrations, ParaGard IUD lawyers are evaluating whether users may be entitled to compensation through an individual claim or class action lawsuit.

To request a free consultation and claim evaluation to determine whether you, a friend or family member may be entitled to financial compensation through a lawsuit, submit information about a potential Paragard lawsuit for review by a lawyer.

A growing number of women have suffered serious complications when a ParaGard intrauterine device (IUD) fractured or broke during removal. Find Out If You Have A Case