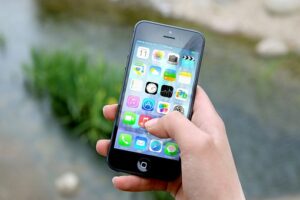 Multiple class action lawsuits were recently filed against Apple following the release of a report by Gizmodo stating that independent analysis showed the tech giant continues to collect data on its users even when its own settings promise to “disable the sharing of Device Analytics altogether.”

Privacy is one of the main issues that Apple uses to set itself apart from its competitors. In fact, Apple recently emblazoned 40-foot billboards of the iPhone across the world with the simple slogan “Privacy That’s iPhone.”

Apple intentionally gives its users the impression that they have complete control over whether, how, and when Apple collects their personal data. According to the lawsuit however, Apple’s privacy guarantee is completely illusionary.

Experts from the independent software startup Mysk claim that an examination of the information provided to Apple reveals it contains a permanent, unalterable ID number called a Director Services Identifier, or DSID. The tests conducted by Mysk revealed that the DSID is closely linked to a users complete name, phone number, birth date, email address and more since Apple gathers the same ID number along with data for your Apple ID.

In some cases, analytics data includes details about a users every move. Mysk’s tests show that analytics for the App Store, for example, includes every single thing a user did in real-time, including what was tapped on, which apps were searched for, what ads were seen, and how long a user looked at a given app as well as how they found it. You can see this data, which is sent in real-time, in a video on the Mysk YouTube channel.

Apple – A One Stop Shop For Targeted Marketing Data

By secretly breaking its privacy promises, Apple breaches deeply enshrined constitutional rights and a consumers expectation of privacy – expectations that Apple itself has gone to great lengths to create through its false and lofty concerns about its concern for user privacy.

By its guise, Apple has positioned itself to become a one-stop shop for targeted personal information in its pursuit of marketing dollars at the total expense and deceit of its users.

Apple intentionally deceives consumers about data privacy in its attempt to profit from learning every intimate detail about a user's life. Find Out If You Have A Case