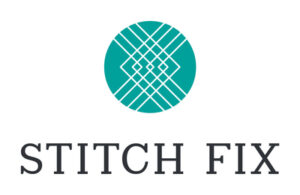 A class action lawsuit was recently filed against Stitch Fix Inc. (NASDAQ: SFIX) after Stich Fix and certain of its executives were charged with failing to disclose material information as required by federal securities laws.

Stitch Fix sells a range of apparel, shoes, and accessories through its website and mobile application. Traditionally, Stitch Fix sold products as a “Fix” box, through which the customer would receive a monthly box of items chosen by a personal stylist. The customer would not know specifically which items they were receiving but would have the option to return whichever items it did not want.

On December 8, 2020, Stitch Fix launched the “Freestyle” program – a new, direct buy program where customers could choose from the outset which items to purchase. In connection with that announcement, Stitch Fix touted the Freestyle program as a way to “expand our addressable market, deepen client engagement and grow wallet share over time.” The Company also stated that Freestyle would “serve as another catalyst as we attract new clients, convert prospective clients and reactivate lapsed clients.” Throughout the Class Period, Stitch Fix touted that the two programs were synergistic, and repeatedly denied claims that the Freestyle program could cannibalize its legacy Fix business.

On December 7, 2021, however, Stitch Fix admitted for the first time that the Company had downplayed the magnitude of its transition from the subscription-based Fix model to the retail-based Freestyle model. Stitch Fix further admitted that the Company saw some “short term cannibalization” from new customers who chose to use the new direct-buy Freestyle option rather than the traditional Fix option. In addition, Stitch Fix announced a loss for its first quarter of 2021 and cut its full-year revenue projections. As a result of these disclosures, the price of Stitch Fix stock declined by $5.97 per share, or 24%, from $24.97 per share to $19.00 per share.

Despite plunging share value, Stitch Fix continued to assure investors that this was a short-term problem, claiming that the Company had “been testing client onboarding flows” and that “we see significant new client potential ahead as Freestyle enables us to access a greater share of shopping occasions.”

Then, on March 8, 2022, Stitch Fix offered a weak outlook for its third quarter of 2022 and cut its revenue guidance for the full year. In addition, Stitch Fix announced a self-inflicted friction between the Freestyle program and the Fix program. Specifically, Stitch Fix explained that when customers visited stitchfix.com—the primary landing page for customers interested in the Fix—the Company directed them to the Freestyle experience first, and “therefore, in leading clients to the Freestyle experience first, [it] inadvertently created friction” for potential customers interesting in ordering Fix.

Stitch Fix failed to inform investors of material changes to its business model that would negatively impact share price. Find Out If You Have A Case