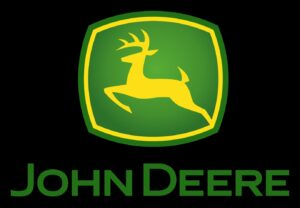 A North Dakota farm filed a class-action lawsuit on Wednesday, alleging John Deere is violating antitrust protection provided by the Sherman Act in not making diagnostic software available to farmers who want to repair their own equipment.

The lawsuit filed in the U.S. District Court for the District of Northern Illinois alleges John Deere has monopolized the repair service market for John Deere brand agricultural equipment with onboard central computers known as engine control units, or ECUs.

Forest River Farms in Forest River, North Dakota, asked for a trial by jury and wants the court to order John Deere to make the necessary software available to individual farmers and repair shops.

The lawsuit also seeks damages for farmers who have paid for repairs from John Deere dealers beginning on Jan. 12, 2018, to the present.

The right to repair increasingly has become an issue in agriculture and other industries with state legislatures introducing bills in at least 32 states, including bills in 21 states in 2021.

Part of the problem is the equipment manufacturers currently will not allow farmers the hardware or software needed to diagnose a problem, much less repair it. So, dealers must send their teams out to the field to diagnose a problem and likely order parts, then come back out to make the repairs. There may be other complications with repairs.

Forest River Farms said in the complaint that it owns five John Deere tractors and two John Deere combines that use ECUs.

“During the class period, plaintiff Forest River Farms purchased Deere repair services in North Dakota from a John Deere dealership to diagnose and repair tractor and combine malfunctions and suffered antitrust injury as a result of defendant’s conduct alleged herein,” the lawsuit said.

“Farmers have traditionally had the ability to repair and maintain their own tractors as needed, or else have had the option to bring their tractors to an independent mechanic. However, in newer generations of its agricultural equipment, Deere has deliberately monopolized the market for repair and maintenance services of its agricultural equipment with ECUs by making crucial software and repair tools inaccessible to farmers and independent repair shops.”

In addition, the lawsuit alleges Deere’s network of “highly consolidated independent dealerships” is “not permitted through their agreements” with Deere to provide farmers or repair shops “with access to the same software and repair tools the dealerships have.

“As a result of shutting out farmers and independent repair shops from accessing the necessary resources for repairs, Deere and the dealerships have cornered the Deere repair services market in the United States for Deere-branded agricultural equipment controlled by ECUs and have derived supra competitive profits from the sale of repair and maintenance services.”

“Historically, farmers who owned Deere tractors have had the option of repairing their tractors themselves or taking them to an independent repair shop of their choosing,” the lawsuit said.

“By making the software, for all practical purposes, unavailable, Deere has succeeded in foreclosing competition in the multi-billion-dollar Deere repair services market.” Consequently, plaintiff and class members have paid millions of dollars more for the repair services than they would have paid in a competitive market.”

The lawsuit points to independently owned dealerships that have agreements with John Deere in order to sell Deere tractors and repair services, as co-conspirators.

“Based on recent data, out of the 1,544 dealerships affiliated with Deere, 91% of these dealerships are owned by a ‘big dealer,’ i.e., a dealer that owns five or more individual locations,” the lawsuit said.

The lawsuit said farmers report their tractors shutting down from computer faults. This requires producers to wait for John Deere technicians to arrive on-farm “while they lose valuable time, which can lead to expensive crop losses. Without the firmware, the product is incomplete and will not run, making the firmware as vital a part to the basic functioning of a tractor as a steering wheel or an engine,” the lawsuit said.

“According to a report from a U.S. Public Interest Research Group, the John Deere S760 combine harvester has 125 different computer sensors in it. If any one of those sensors throw an error code, the combine will enter limp mode.”

As of 2021, the lawsuit said, farmers pay between $150 to $180 per hour for Deere repair services from an authorized dealer.

“Regardless of a farmer’s own ability and knowledge regarding how to repair the tractor they own, without the relevant software, an authorized John Deere technician must be called to perform many repairs,” the lawsuit said.

“Logistically, this is a nightmare for many farmers. When a farmer calls a dealer to perform a repair, the farmer is at the mercy of the dealer’s schedule and must pay whatever the cost is — including travel expenses — even if the problem could be fixed in 15 minutes with access to the software. Deere has made farmers dependent on Deere for repairs. These additional costs paid to Deere by farmers cut into an already razor-thin profit margin on crops.”

John Deere Has Undertaken A Consolidation Of Dealership Locations.

“The staggering amount of consolidation among Deere dealerships is the result of Deere systematically picking off small dealerships by coercing them to sell to a larger dealer.”

In September 2018, the Equipment Dealers Association, a trade and lobbying group that represents John Deere and other manufacturers, committed to make repair tools, software and diagnostics available to the public by Jan. 1, 2021.