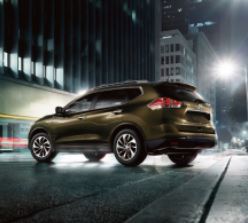 On Feb 5th 2021 a lawsuit was filed in the US District Court Middle District of Tennessee against Nissan of North America, Inc. and Nissan Motor Co. Ltd. (Nissan) on behalf of individuals who purchased or leased any 2014 through 2016 Nissan Rogue vehicle in the United States.

According to the lawsuit (PDF), the continuously variable transmission (CVT) used in the Rogue doesn’t use conventional gears but instead uses a segmented steel belt between pulleys that can be adjusted to change the reduction ratio in the transmission. The lawsuit alleges that these transmissions contain defects that cause the SUV to jerk, shudder, lurch, shake and suffer from acceleration problems leading to unsafe motoring conditions.

The complaint alleges that Nissan has known or should have known since 2013 that the Rogue’s CVTs are defective and dangerous based on pre-production testing, numerous consumer complaints, warranty data dealership repair orders and prior experience with earlier model vehicles with the same or substantially similar CVTs. Yet despite this history, Nissan regularly denies the existence of the CVT defect until after a consumers’ five year / 60,000 miles powertrain warranty has expired. Some Nissan dealers require customer payment to repair the CVT defect even when the vehicle is under warranty.

The transmission lawsuit references several technical service bulletins (TSBs) issued to dealerships from Nissan regarding Rogue transmissions, starting with a bulletin issued in October 2015. These include –

— TSB NTB15-084a: Outlines a procedure for replacement of the Nissan Rogue CVT assembly.

— TSB NTB15-086a: Concerns 2014-2016 Nissan Rogues that may “hesitate and/or have a lack of power” and prescribes various service procedures including replacement of the CVT assembly.

If you purchased or leased any 2014 through 2016 Nissan Rogue please contact us to protect your rights.

Nissan Rogue Continuously Variable Transmission defect poses danger to vehicle operation but is ignored by Nissan. Find Out If You Have A Case