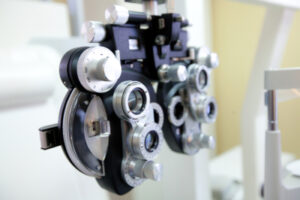 In a new study published this month in Clinical Ophthalmology, researchers at Northwestern University report that Elmiron related maculopathy has a distinct signature that can be identified using multi modal imaging.

Imaging confirming retinal damage is likely to provide compelling evidence in lawsuits filed by Elmiron users that their maculopathy was caused by the use of this drug.

In this new study, researchers reviewed records of 131 patients aged between 18 and 95 who used Elmiron and were seen at the Northwestern Ophthalmology clinic over a 17 year period. Of those, 40 patients had undergone imaging, 5 of whom had features which researchers deemed suggested Elmiron maculopathy. Another five from the remaining 91 patients also had features of macular pigmentary changes. Among the 10 total patients suspected of having maculopathy, the average duration of Elmiron use was 4.2 years, with an average cumulative dose of 380g.

The researchers noted the median cumulative dose for those not suspected of having Elmiron maculopathy was only 188.1g, compared to an average of 317g among the suspect group.

“Our study adds to the growing body of work that supports the presence of a distinct pigmentary maculopathy associated with chronic usage of PPS. Future study is warranted, and guidelines are in the process of being established for the screening for PPS-associated maculopathy,” the researchers concluded. “A prospective analysis employing baseline ophthalmologic exams, regular follow-up, along with multi modal imaging is important in understanding the course of the disease while patients are on the medication as well as after discontinuation.”

There are currently about 200 individual injury claims and Elmiron class action lawsuits pending throughout the federal court system, which have been centralized as part of a federal multi district litigation (MDL) since they involve common questions of fact and law. However, as Elmiron lawyers continue to review and file claims in the coming months and years, it is ultimately expected that several thousands claims may be included in the litigation.

Following coordinated discovery, it is expected that a series of “bellwether” trials will likely be scheduled to help gauge how juries respond to certain evidence and testimony that is likely to be repeated throughout the litigation. Through multi modal ophthalmologic imaging that provides a distinct signature for Elmiron retinal maculopathy, plaintiffs will have much stronger evidence of causal connection than is typically available in pharmaceutical litigation.

If the drug makers fail to negotiate Elmiron vision loss settlements for individual users, each of the individual complaints centralized in the federal MDL may later be remanded back to U.S. District Courts nationwide for individual jury trials nationwide, exposing the manufacturers to substantial liability.

New study reports imaging can be used to confirm retinal muculopathy caused by the drug Elmiron. Find Out If You Have A Case