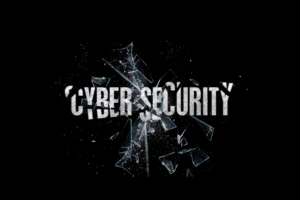 A class action lawsuit was recently filed against online gambling giant BetMGM for failing to adequately protect users’ personal identifying information (PII).. As a result, up to 1.5 million current and former users are now at risk for identity theft.

The suit alleges that BetMGM came under cyber attack in May 2022, but that the attack was not discovered until November 28th.

According to the lawsuit, BetMGM “recklessly” failed to take reasonable steps to secure current and former users’ PII. These failures include industry wide practices of encrypting and or redacting highly sensitive information. Had they done so, the hackers “would have made off with only unintelligible data.”

BetMGM Fails To Notify Victims In A Timely Manner

Letter Sent To Victims Amounts To No Real Disclosure At All

BetMGM’s letter sent to victims fails to inform with any degree of specificity details of the attack or facts pertaining to the breach. Absent from the notice are such things as –

The letter informs its users that they are entitled to one free credit report each year and advises them to remain vigilant by reviewing their account statements.

While BetMGM waits to disclose the specifics of the May data breach to its customers, the likely attackers are already selling it online.

On December 21st, the threat actor named “betmgmhacked” disclosed in an online hacking forum that the stolen information is available for sale. The post reports –

“We breached BetMGM’s casino database current as of Nov 2022. This database is inclusive of every BetMGM casino customer (over 1.5M) as of November 2022 from MI, NJ, ON, PV, and WV. Any customer that has placed a casino wager is included in this database.”

It also claims to include data sets belonging to players from BetMGM casinos in New Jersey and Pennsylvania, as well as a “Master Casino” data set with information on customers from all states (all customer records include phone number, email, and address info, according to the threat actor). 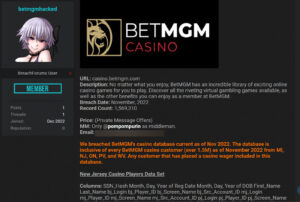 BetMGM has purportedly offered victims two years of identity and credit monitoring, but the filing deems this “wholly inadequate” as the consequences of the data breach may take years to manifest.

Ritesh Kotak who is a cyber security expert recently shared his thoughts on cyber-attacks. He said that any type of attack is dangerous as personal identifying information can become available to hackers to leverage. In his words, after such an online breach and data leak, it is almost impossible to revert the damage that has been done to individuals.

The lawsuit looks to represent anyone in the USA identified by BetMGM as among those who were impacted by the data breach announced in December 2022, including those who were sent notice of the breach.

BetMGM fails to protect personal identifying information of 1.5 million users. Offer of two years identity theft protection wholly inadequate Find Out If You Have A Case