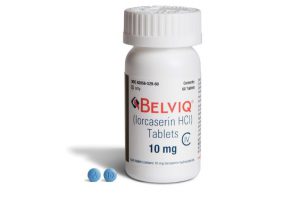 In the wake of a recent Belviq recall, which removed the controversial diet drug from the market after it was linked to a risk of cancer, a number of consumers and lawyers are likely to file class action lawsuits that seek medical monitoring, as well as individual injury lawsuits for those who have already developed cancer.

Last month, the FDA announced that it was withdrawing approval for the weight loss drug Belviq (lorcaserin), after a post-marketing study conducted by the diet pill manufacturer identified an increased incidence of pancreatic cancer, colorectal cancer and lung cancer among users.

Almost immediately after the FDA decision, the drug maker removed Belviq from the market, and former users have been slowly learning that the medication they took for weight loss may expose them to an increased risk of cancer.

A number of lawyers are already evaluating potential Belviq class action lawsuits, and claims are expected to seek reimbursements for the premium price paid by users of the recalled diet drug, as well as funding for medical monitoring that users may require to detect cancer that may surface months or even years after last exposure.

While the FDA has not recommended that former Belviq users undergo specific screening, many concerned users are reaching out to their doctors to discuss the potential side effects and incurring additional medical expenses that would not have been incurred if Belviq had not been marketed as a safe and effective treatment.

Pancreatic cancer is one of the specific injuries that was linked to Belviq in this recent study, which poses particular concern for former users since it is particularly life threatening and often not discovered until it is at a very advanced stage.

Early detection of lung cancer and colorectal cancer that may result from Belviq are also of substantial importance, as these cancers are easier to diagnose and successfully treat in their early stages.

Belviq and Belviq XR (lorcaserin) were just approved by the FDA in 2012, and went on sale the following year as a prescription weight loss drug that was supposed to reduce the appetite of users, resulting in weight loss. The medication was designed to produce a feeling of being full, and thus cause users to want to eat less. However, even the makers of the diet pill acknowledged that the precise way Belviq works was not fully understood.

Given the limited time Belviq was on the market, the number of current cancer cases diagnosed among users may end up being a small percentage of the total claims diagnosed in the coming months and years.

During a five year follow up study that about 12,000 participants, researchers identified at least 462 individuals treated with Belviq who were diagnosed with 520 different primary cancers. The median follow up time during the study was three years and three months.

Since the strongest sales for Belviq have been over the past few years, concerns have been raised about the continuing risks that users may face as additional cases of pancreatic cancer, colorectal cancer, lung cancer and other cancers are diagnosed. Plaintiffs presenting claims allege that they never would have agreed to take the weight loss drug if the drug maker had disclosed the risks.

Side effects of Belviq may increase the risk of cancer, resulting in a diet drug recall and lawsuits. Find Out If You Have A Case