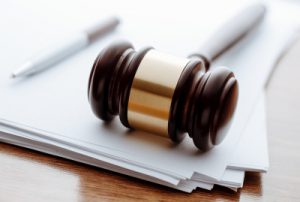 With more than 1,800 Zostavax shingles vaccine lawsuits pending in the federal court system, parties involved in the litigation have selected four claims that will be prepared for a second wave of bellwether trials, which are expected to go before juries in mid-2022.

Each of the claims raise similar allegations, indicating that Merck & Co. failed to adequately warn consumers and the medical community about the potential side effects of the Zostavax vaccine, which has been linked to reports of severe and persistent shingles outbreaks, as well as other auto-immune disorders, such as meningitis, acute disseminated encephalopmyelitis (ADEM), paralysis and other health problems.

Zostavax was introduced in 2006, as the first vaccine for prevention of shingles. The treatment involves a single-dose injection, which contains a live virus designed to vaccinate older adults against the development of the disease. However, plaintiffs allege the live virus contained in the vaccine was not sufficiently weakened, resulting in severe complications and injury.

Given similar questions of fact and law raised in complaints filed nationwide, all federal claims are centralized before U.S. District Judge Harry Bartle in the U.S. District Court for the Eastern District of Pennsylvania, as part of a federal multidistrict litigation (MDL).

As part of the coordinated proceedings, Judge Bartle has established a “bellwether” program, where a small group of representative claims are being prepared for early trial dates in the MDL, which are designed to help gauge how juries may respond to certain evidence and testimony that is likely to be repeated throughout the litigation.

Judge Bartle previously ordered that two groups of Zostavax cases be prepared for early trial dates; referenced as bellwether pool Group A and Group B.

On November 6, a joint submission of selections (PDF) was filed by the parties, identifying four claims that will be eligible for the Group B trials, including lawsuits filed by Sandra Billeci, Joseph Bockus, Robert Houser and Delores Carter.

While the outcome of the bellwether trials will not be binding on other plaintiffs, they will be closely watched by parties involved in the litigation and are expected to greatly influence any eventual shingles vaccine settlements that the manufacturer may offer to individuals who experienced problems with Zostavax, which may be necessary to avoid the eventual need for hundreds of individual trial dates to be scheduled in U.S. District Courts nationwide in the coming years.

According to a notice to counsel (PDF) issued on November 6, Judge Bartle has scheduled a status telephone conference with the parties for December 14.

Did you develop a shingles outbreak after receiving the shingles vaccine? Find out if you are eligible for a Zostavax lawsuit. Find Out If You Have A Case