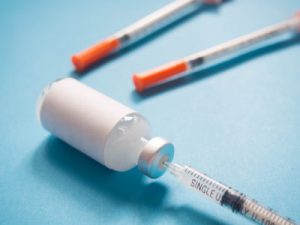 According to allegations raised in a recently filed product liability lawsuit, complications from the shingles vaccine resulted in zoster-related visions loss for a North Carolina user.

A Complaint (pdf) was filed by Terry Green in the U.S. District for the Eastern District of Pennsylvania on September 4, indicating the Zostavax vaccine manufactured by Merck & Co. was unreasonably dangerous for consumers.

Green was inoculated with the Zostavax vaccine in 2016, in an effort to prevent

shingles. However, after receiving the injection, Green developed vision loss and other complications which have been blamed on shingles vaccine side effect, which were not adequately disclosed to users and the medical community, according to the lawsuit.

Zostavax was introduced as the first shingles vaccine in 2016, involving a single-dose injection that contains a live virus designed to vaccinate older adults against the development of the disease. However, the vaccine has largely been abandoned by the medical community after it was linked to a large number of reports involving severe complications, where it may have caused individuals experienced more persistent shingles outbreaks, as well as other infections and auto-immune disorders, shortly after exposure to the vaccine.

“One of the risks of using a live vaccine is transmission of the vaccine virus to the recipient,” Green’s lawsuit notes. “Once injected, an attenuated live virus has been shown to recombine into more virulent strains causing disease.”

The complaint joins hundreds of other shingles vaccine lawsuits being pursued

throughout the U.S. Court System, each raising similar allegations that individuals suffered painful and debilitating injuries that may have been avoided if the vaccine were not administered, or a different design had been used that did not feature a live-virus.

Given similar questions of fact and law raised in shingles vaccine lawsuits filed throughout the federal court system, the litigation has been centralized before U.S. District Judge Harvey Bartle III in the Eastern District of Pennsylvania, for coordinated discovery and pretrial proceedings.

As part of the coordinated litigation, Judge Bartle has scheduled a series of early “bellwether” trials, which are designed to help gauge how juries may respond to certain evidence and testimony that may be repeated throughout the claims. However, if Merck fails to reach Zostavax settlements or another resolution for the litigation, each individual lawsuit may eventually be remanded back to different U.S. District courts nationwide for separate trial dates in the future.

Lawsuit alleges complications from the shingles vaccine resulted in zoster-related visions loss. Find Out If You Have A Case