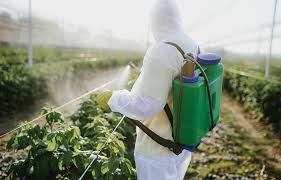 A recently filed lawsuit alleges Syngenta fraudulently concealed and withheld information about the link between Paraquat and Parkinson’s disease. As a consequence, agricultural workers and those living in areas surrounding fields where the weedkiller was sprayed went on to develop devastating neurological injuries.

Paraquat is a highly toxic grass and weed killer that is sold by Syngenta to farmers and agricultural cooperatives. The chemical is known to be lethal, and can result in sudden death if only a small amount is ingested. As a result, individuals in the United States are required to go through a special training program before purchasing, handling or spraying the product. However, a growing number of Paraquat lawsuits now allege that Syngenta withheld information about the risk of Parkinson’s disease from normal and expected handling of the weed killer, as well as herbicide drift.

“Many epidemiological studies have found an association between Paraquat exposure and [Parkinson’s disease] PD, including multiple studies finding a two- to five-fold or greater increase in the risk of PD in populations with occupational exposure to Paraquat compared to populations without such exposure,” according to one complaint. “Defendants had knowledge of these studies and the relationship between Paraquat exposure and PD, but actively and fraudulently concealed this information.”

It is reasonably foreseeable that when Paraquat is used in the intended manner, individuals in nearby areas would be exposed to Paraquat, including as a result of runoff and spray drift, where droplets may be carried by the wind from area to area. This can result in Paraquat entering the human body from ingestion into the digestive tract after swallowing small droplets that enter the mouth, nose or airways.

Over the decades since its first use Syngenta and its predecessor companies have concealed from the public the dangers Paraquat exposure presents to the human body. It is only over the past year and the filing of hundreds of Paraquat Lawsuits filed in courts throughout the U.S.has the toxic effects of Paraquat come to light. It is all too apparent that Syngenta deceived consumers and intentionally hid the risk of Parkinson’s disease for the pursuit of profit.

While genetics are often believed to be a major cause of Parkinson’s disease, growing research indicates genes are only believed to be associated with about one-in-ten cases. Exposure to herbicides and pesticides are increasingly considered a leading risk, especially when combined with other factors that place individuals at risk of the development of Parkinson’s.

Nearly 100 cases are currently filed in various different U.S. District Courts nationwide, each raising similar claims and allegations that Plaintiffs may have avoided a Parkinson’s disease diagnosis if earlier information had been provided.