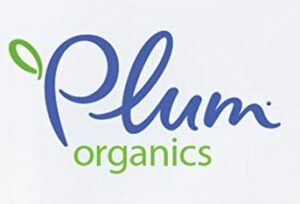 On Feb 5, 2021, a class action lawsuit was filed against a Campbell Soup’s subsidiary Plum, PBC, (Plum) makers of the “Plum Organics” brand of baby food.

The Lawsuit (PDF), filed in the U.S. District Court for the Northern District of California brought on behalf of a nationwide class, alleges that despite being marketed as “organic” and “made from the best ingredients,” Plum’s baby food products are tainted with the presence of heavy metals such as arsenic, cadmium, lead, and mercury.  The Food and Drug Administration and the World Health Organization have declared these metals dangerous to human health, particularly to babies and children, who are most vulnerable to their neurotoxic effects. Even low levels of exposure can cause serious and often irreversible damage to brain development.

The Lawsuit cites a February 4, 2021 Staff Report by the U.S. House of Representatives Committee on Oversight and Reform’s Subcommittee on Economic and Consumer Policy, which found “high levels of toxic heavy metals” in baby foods.

The Staff Report noted that Plum “refused to cooperate with the Subcommittee’s investigation causing great concern that their lack of cooperation might obscure the presence of even higher levels of toxic heavy metals in their baby food products, compared to their competitors’ products.”

The Staff Report noted that Plum also refused to produce its testing standards and specific test results but instead produced a spreadsheet that “self-declared” that every product met criteria for each of the Heavy Metals, while declining to state what the criteria were. The Subcommittee found Plum’s grading concerning and misleading as it “raises questions about what it’s other thresholds actually are, and whether they exist.”

The lawsuit alleges that Plum’s marketing purposely misled and deceived consumers by wrongfully conveying to consumers that its contaminated baby foods have certain superior quality and characteristics that they do not actually possess. For instance, its marketing omitted the fact its baby foods contain Heavy Metals, which is material information to reasonable consumers.

Some Advice For Parents

The following recommendations are from Consumer Report’s food safety experts and nutritionists about how to minimize your child’s heavy metal intake, while maintaining an overall healthy diet.

Limit your child’s intake of the highest-risk baby foods. These include rice, sweet potatoes, apple juice, and grape juice. “These often have worrisome levels of arsenic, in particular,” Dickerson says. Rice cereal was once considered the best first food for babies, but the FDA, the American Academy of Pediatrics, and other organizations say it’s not the only option. Other whole grains, such as oatmeal, are good choices. In CR’s 2018 tests, eating less than 2.5 servings per day (a serving is ½ cup) of the baby oatmeal cereals we looked at did not pose a risk.

Ease up on the fruit juice. CR’s 2019 testing of fruit juices found high levels of lead and arsenic in several products. The subcommittee report also noted excessive levels of heavy metals in fruit juice. Plus fruit juice is not as nutritious as parents may think. “Even 100 percent fruit juice offers no nutritional benefit over whole fruit,” says Amy Keating, RD, a nutritionist at Consumer Reports. “It can contribute extra calories to a child’s diet, and drinking a lot of it has been linked to dental caries (cavities) and may lead to weight gain and obesity.” The American Academy of Pediatrics recommends limiting the amount of fruit juice kids drink, and that babies under the age of 1 not be given juice at all. For infants, formula or breast milk should be the only beverage they drink. For older children water and milk are the best choices.

Consider making your own. There’s no reason why a child or infant can’t eat the same foods as the rest of the family. This won’t completely reduce the amount of heavy metals in the diet—depending on the food, it may have naturally higher levels. But it does eliminate the risk of any heavy metals from additives used in the food.

Of course, the foods should be age appropriate and prepared in a way that makes it easy for the child to eat. “At first, it is best for the foods to have a very smooth texture. For instance, you can cook some broccoli and purée it or mash up some avocado for your baby,” Keating says. Talk to your pediatrician about ways to ensure your child is getting enough vitamins and minerals, because many baby foods are enriched or fortified with certain nutrients.

Making your own also means that you can potentially reduce the heavy metals in rice. In CR’s 2014 tests, white basmati rice from California, India, and Pakistan, and sushi rice from the U.S. had on average half as much inorganic arsenic as most other types. In addition, cooking rice the way you would pasta—in a large amount of water, then draining it—lowers the arsenic content of the rice.

Minimize baby food snacks. Puffs, teething biscuits, and crackers are among the products that are more likely to be high in heavy metals. Plus, Keating says, they’re highly processed foods. “They tend to have far more of the things you don’t want in your diet—additives, added sugars, sodium, and refined flours—and increasingly research is showing that highly processed foods are harmful to health overall, possibly raising the risk of cancer, heart disease, and obesity,” she says.

Vary the foods you feed your child. When you eat an array of different types of whole foods, you get an array of nutrients. So alternate the vegetables you give your child, for instance. Plus rotating foods may help you avoid overconsumption of heavy metals and provide nutrients (like vitamin C and zinc) that may help offset some of the damage heavy metals do to the body.

Plum baby foods found to contain toxic levels of Heavy Metals despite marketing efforts to conceal information from consumers. Find Out If You Have A Case