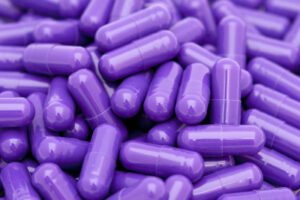 The U.S. District Judge presiding over all federal litigation involving kidney problems from proton pump inhibitors (PPI) has scheduled a bellwether trial for early next year, which will be the first out of more than 13,000 Nexium lawsuits, Prilosec lawsuits and other claims filed against manufacturers of the popular proton pump inhibitor heartburn drugs to go before a jury.

Proton pump inhibitors include some of the most widely recognized brand-name drugs on the market in the United States, such as Nexium, Prilosec, Prevacid, Protonix, Dexilant and others.

While drug makers have promoted the medications as safe and effective treatments for heart burn, which many believe carry few serious side effects, thousands of lawsuits have been filed in recent years that allege users and the medical community were not adequately warned about potential health risks, including acute kidney injury, chronic kidney disease, end-stage renal failure and other complications associated with the medications.

Given common questions of fact and law raised in cases, all PPI drug lawsuits are currently centralized before U.S. District Judge Claire C. Cecchi, who has been presiding over the coordination of all discovery and pretrial proceedings in the federal court system.

The first in a series of early bellwether trials was originally slated to begin in November 2021, to help the parties gauge how juries are likely to respond to certain evidence and testimony that will be repeated throughout the litigation. However, the ongoing COVID-19 pandemic and other factors caused delays in preparing the representative claims for trial.

In a case management order (PDF) issued on February 17, Judge Cecchi announced that the first trial is now scheduled to start on January 24, 2022.

Six cases have been selected for the bellwether pool, according to a separate case order (PDF) issued late last month. The parties have been directed to complete all fact discovery in the cases by March 23, with expert discovery being conducted between April and August 2021. Judge Cecchi has then set a deadline for any summary judgment motions to be filed by September 3, and Daubert motions challenging the admissibility of expert witness testimony will be filed by November 5.

While the outcome of these early test cases will not be binding on thousands of other Nexium and Prilosec claims pending in the MDL, they will be closely watched by parties involved in the litigation, as it will gauge how juries are likely to respond to certain evidence and testimony that will be repeated throughout the claims.

The proton pump inhibitor litigation first emerged several years ago, following the publication of studies suggesting users may face certain kidney problems from Nexium, Prilosec, Protonix, Prevacid and other similar heartburn medications, which was not disclosed to consumers and the medical community.

The FDA required new warnings about potential PPI kidney risks for the first time in December 2014, indicating use of the drugs may increase the risk of a form of kidney damage known as acute interstitial nephritis (AIN), which involves a sudden inflammation of the kidneys, which can lead to more severe problems. However, plaintiffs maintain this warning remains inadequate and vague, failing to mention the drugs may cause an acute kidney injury, chronic kidney disease or kidney failure.

In January 2016, an independent study published in the medical journal JAMA Internal Medicine found an increased risk of chronic kidney disease with the heartburn medications, indicating users of Nexium, Prilosec and other PPI may be 50% more likely when compared to non-users.

As consumers have learned about a link between their heartburn drug and kidney problems suffered in recent years, a rapidly growing number of lawsuits have been filed throughout the federal court system in recent years.

Following the series of bellwether trials, if the parties fail to reach settlements or otherwise resolve large numbers of cases, Judge Cecchi is likely to start remanding cases back to U.S. District Courts nationwide for individual trial dates.

Nexium, Prilosec and other proton pump inhibitor acid reflux drug side effects may increase risk of kidney injury. Find Out If You Have A Case