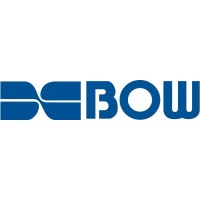 What is BOW Plumbing PEX Tubing?

PEX tubing is a newer type of plumbing pipe manufactured from cross-linked polyethylene that has started to replace copper and steel pipes in water supply systems. Different types of PEX tubing are designed for different purposes, such as carrying hot or cold water. According to Bob Vila, PEX tubing is used in over 60% of new construction.

There are many benefits to PEX tubing over older copper and steel pipes. One of the main benefits of PEX tubing is its flexibility. Unlike traditional copper or steel pipes, a single PEX tube can wind through walls and floors without needing to cut the pipe or add connection sites. Other benefits include resistance to freeze cracking, a lack of corrosion, and silent water flow.

As with any system under pressure, it is only as good as its weakest link. A lawsuit was recently filed against BOW Plumbing, a manufacturer of PEX tubing connectors. According to the lawsuit  BOW PEX tubing connectors may be defective and prone to leaking or premature failure.

According to PEX Universe, leaking from PEX tubing could result from installation errors or a problem known as dezincification. Dezincification occurs when chemicals in water supply lines cause zinc to leach out of brass alloy fittings. Fittings designed to be resistant to dezincification could help with this problem and some PEX companies have opted into these fittings to avoid leaks. However, not all companies have followed suit.

Leaky PEX tubing connections could cause serious issues for homeowners, including the following:

Consumers who experienced these or other issues from leaky BOW Plumbing PEX tubing could be eligible to take legal action.

BOW Plumbing’s PEX tubing already sparked legal action for the company. An Alabama woman filed a class action lawsuit against the company after experiencing several leaks in her home. The first water leak allegedly occurred in June 2013, with two others following in 2018 and 2020.

If you are a homeowner, contractor, or plumber who purchased PEX Tubing made by BOW Plumbing Group, you may be able to take part in a class action lawsuit investigation and obtain compensation.

Use of BOW Plumbing PEX connectors may result in plumbing leaks and costly repairs due to premature deterioration of product. Find Out If You Have A Case