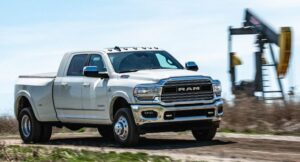 This Class Action arises out of the Defendant’s deceptive and fraudulent claims about the quality, performance and dependability of its RAM heavy-duty diesel trucks (MY 2018-20) with a 6.7 liter Cummins turbo-diesel engine constructed with a demonstrably defective Bosch CP4 high-pressure fuel injection pump.

At issue is the pump’s fragile and unstable design, which causes metal parts to rub against each other. The friction generates metal shavings that contaminate the fuel system, leading to premature catastrophic engine failure and repair costs of up to $20,000. Although this defect was long known to FCA and Cummins – neither disclosed this critical defect to the American consumer public. Beginning in model year 2021, Cummins reverted back to using the Bosch CP3 injector pump that it used in its trucks prior to 2018.

The Bosch CP4 high-pressure pump was developed based upon European diesel standards which have a higher viscosity and lubricity than American diesel standards. Defendants routinely point a finger at the customer for using lower quality US diesel fuel when refusing warranty claims for fuel system damages attributed to the CP4 pump.

In falsely promoting the quality, performance, and dependability of their Cummins engine vehicles to consumers, Defendants concealed—both affirmatively and via omission—the defective nature of the CP4 fuel pump.

Because of the horrendously expensive repair risk associated with CP4 pump failures, the resale value of vehicles are reduced. The lawsuit seeks injunctive relief in the form of a recall, free replacement, or buy back program.

The Class Action is open to all individuals residing in the United States of America including its territories, who purchased or leased any of the above stated Class Vehicles.

The Defendant’s in this Class Action include –

FCA and Cummins fraudulently concealed the horrendous design flaw of the Bosch CP4 pump used in its heavy duty trucks. Find Out If You Have A Case