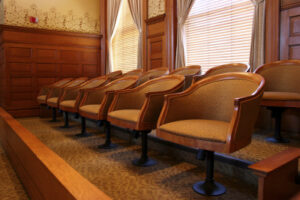 3M Co (MMM.N) was found liable on Friday for hearing damage suffered by three U.S. military veterans who accused the company of covering up design defects in its earplugs, a blow to 3M which faces more than 200,000 similar claims.

The jury awarded each of the plaintiffs $2.1 million in punitive damages and a total of $830,500 in compensatory damages for their medical expenses, lost earnings and pain and suffering.

The company was accused of hiding design flaws, fudging test results and failing to instruct the military in proper use of the earplugs, which were used by the Army between 2007 and 2013.

“The evidence is clear: 3M knew their earplugs were defective, yet they allowed our service members to suffer these life-altering injuries,” said a statement from attorneys Bryan Aylstock and Christopher Seeger.

3M said in a statement it did not believe the plaintiffs met their burden in proving the plugs were defectively or negligently designed or that the plugs caused injuries. The company said it believed there were multiple grounds for appeal.

“We remain confident in our case and are ready to defend ourselves against plaintiffs’ allegations at the upcoming trials,” 3M said.

Most of the lawsuits against 3M over the earplugs have been brought by army veterans between the ages of 30 and 49. The litigation is the largest mass tort ever brought in federal court.

The “bellwether” trial in Florida which consolidated three lawsuits, was meant to test the strength of the evidence and gauge damages so that the parties could potentially shape a deal to resolve the other cases.

The next bellwether trial over the earplugs begins on May 17. Around 240,000 service members have alleged hearing damage from the earplugs and 3,349 have filed lawsuits, according to 3M’s most recent quarterly report.

More than 1 million veterans receive compensation for hearing loss, which is the leading service-related disability, according to 2015 government data.

The outcomes of these early trials will not be binding on other plaintiffs in the litigation, but if 3M fails to resolve the litigation or establish that it can consistently defend the safety of its military ear protectors at trial, it is expected to start facing thousands of individual trials in courts nationwide in the coming years.

Given the large number of claims being presented, and the potential damages that the company may face before juries, any 3M earplug settlement is likely to become one of the largest in U.S. history, potentially exceeding the $10 billion Bayer agreed to pay last year to settle Roundup lawsuits.