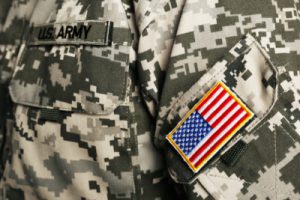 According to recently updated court records, more than 200,000 U.S. Military veterans are now pursuing hearing loss lawsuits against 3M Company, alleging they suffered permanent hearing damage due to defective earplugs that were standard issue for all service members.

The U.S. Department of Justice announced a $9.1 million settlement over 3M Combat Arms earplugs in July 2018, after the manufacturer agreed to resolve claims it defrauded the government by selling a product that was known to be defective and prone to loosen or fall out of the ear. However, since then, a steadily growing number of individual lawsuits have been presented by former service members who indicate that they were left with tinnitus or hearing loss that may have been avoided if they had been provided safe and effective earplugs.

Given common questions of fact and law raised in 3M lawsuits filed throughout the federal court system, a multidistrict litigation (MDL) was established last year, which centralized the claims before U.S. District Judge Casey Rodgers in the Northern District of Florida for coordinated discovery and pretrial proceedings.

According to a report (PDF) released on Monday, at least 208,859 claims have now been presented, with a steady flow of new cases still being added each month.

The 3M Combat Arms earplugs at issue in the cases feature a dual-ended, or reversible, design that was intended to completely block all sounds when inserted one way, but provide filtered noise reduction when reversed, blocking loud battlefield noises, while allowing the wearer to hear spoken commands.

Plaintiffs indicate 3M has known for years that the earplugs were defective, and too small to properly seal the ear canal. Rather than recalling the earplugs or providing updated warnings and instructions, the manufacturer continued to sell the defective earplugs to the U.S. military for years, who issued the product to nearly every service member.

As part of the coordinated management of the growing litigation, Judge Rodgers has established an early bellwether trial program, where a several groups of representative cases are going through a discovery process in preparation for early trial dates, which are expected to begin in April 2021.

While the outcomes of these bellwether trials will not be binding on other claims, they will be closely watched by lawyers involved in the litigation, and are intended to gauge how juries are likely to respond to certain evidence and testimony about the link between 3M earplugs and military hearing loss, which will be repeated throughout the litigation.

Following the bellwether trials, if 3M earplug settlements are not reached following the MDL proceedings, each individual claim may eventually be remanded back to U.S. District Courts nationwide for individual trials in the future.

Problems with 3M Combat Arms eqrplugs have resulted in cases of military hearng loss. Find Out If You Have A Case